Boston might be a city famous for its elite universities and great research facilities, but there is a lot more to it than that. Boston has set itself as a city of many aspects, both versatile and exhilarating. Starting with being named a “Titletown”, the sport’s community there is bustling with activity. Boston is home to several major league sports teams such as the Red Sox (baseball), the Celtics (basketball), the New England Patriots (American football) and so much more!

However, if you’re not into sports, Boston has plenty more to offer. The city is full of green spaces and beautiful landscapes. It prides itself on having the oldest restaurant and the oldest inn nationwide, not to mention the abundant delicious seafood and the famous baked beans. The undeniably rich culture in Boston will always be there to impress. A city rich with museums and art, Boston does not stop at that. It adds something even more unique, it is home to a great variety of music ranging from classical music to jazz and rock.

Boston is a bustling city with a high quality of life that has year-round activities from food festivals to art events. The city also facilitates business networking through its different social events. Being nicknamed the intellectual city adds even more to its allure. Boston is full of young professional intellects thanks to great universities like Harvard, Boston University and MIT. This rich talent pool provides an opportunity for startups in many industries, particularly in the tech sector. 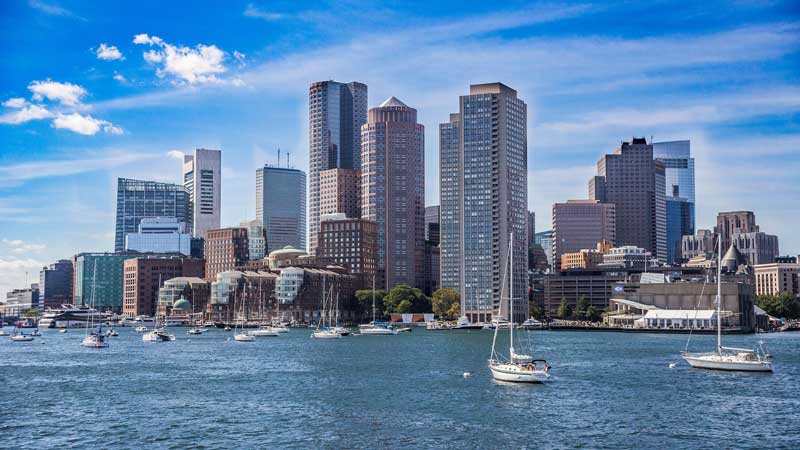 When you think “tech hubs” you might start with Silicon Valley or even NYC, but Boston is seen as the hub for sci-tech talent! In fact, Innovation That Matters 2016 report ranked Boston as #1 on preparedness for the digital economy.

Boston offers an ecosystem that allows startups to thrive. From access to venture capital for startups looking for funding to an overall innovative environment with top-tier medical care, the city seems the perfect place where tech companies can flourish.

Going head to head with the West Coast, Boston topped the charts for the most venture capital deals per capita in 2015 according to the startup institute. In 2017 the total funding to the city reached $5.96 billion. Ranked #1 in the top 25 startup hubs in the U.S. with an estimated number of startups reaching 5,481. These startups are from top industries such as edtech, energy, healthcare technology, manufacturing tech, and fintech.

If you’re looking for a job in a new city or for a home for your startup business, Boston should be at the top of your list. Boston is a great venue for diversity and inclusion and it provides a nurturing environment for women entrepreneurs to thrive. As a matter of fact, 29% of the startup founders in the city are women according to the 2015 Global Startup Ecosystem Ranking.

In line with supporting entrepreneurs, Boston also offers many startup programs. In fact, There are nearly 50 Greater Boston startup accelerators, incubators, and similar support programs according to Boston Startups Guide. These programs could provide you with mentorship opportunities, access to industry experts and connections, marketing, PR firms, and even help you find your own office space. In short, Boston is the perfect place to start your business.

Looking for jobs or hiring in Boston?