When you talk of endless possibilities, New York City is often the first place that comes to mind. There are tons of things to do, plenty of places to see, and a lot of people to meet. Whether you love the hustle and bustle or find it overwhelming, New York City has a certain allure to it.

The city is divided into five boroughs and each has something unique to offer. Manhattan is where Broadway magic happens. It’s also where you can find the Empire State building, Central Park, Wall Street, Times Square - not to mention some of the best diners and delis in the country. If you’re a baseball fan, you can’t be in NYC and not visit Yankee Stadium in The Bronx. And Brooklyn is home to the iconic Prospect Park, Coney Island, and some of the most interesting cafes. There’s definitely something for everyone in New York.

Aside from the seemingly endless food choices and list of things to do in NYC, the city is also beaming with its love for the arts. Its theatres, museums, and galleries represent a vibrant mix of cultures from classic to modern masterpieces. The gastronomic adventure and the entire tourism experience makes you want to add New York City in your bucket list of places to see. But it’s not the only reason people flock to New York.

NYC has shown a lot of growth in its entire business ecosystem, especially in the tech sector. This growth has created a lot of job opportunities for many people in tech, not only from across the US but for expats as well. 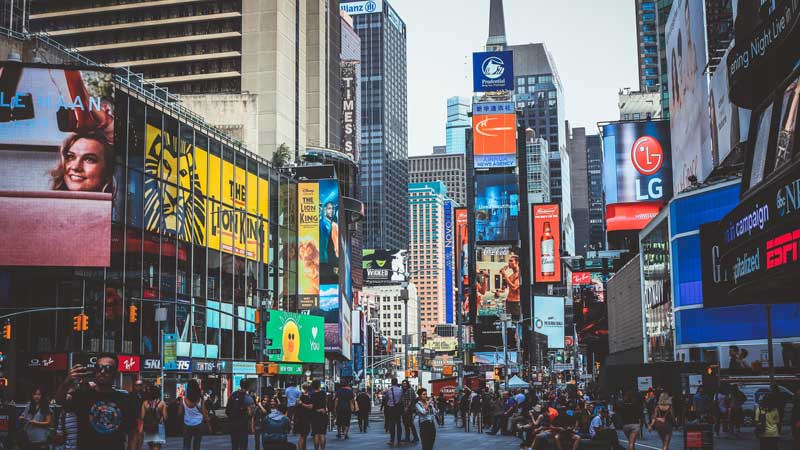 NYC has one of the largest economies in the world. Its workforce is a pool of top-notch talent considered the best in their fields - especially in Finance. It’s considered to be the capital for the largest financial companies in the country and is now also turning into a hub for many fast-growing industries in the tech sector, attracting top tech talent looking for opportunities in New York.

The startup scene in the US is heating up and NYC is at the center of the action. As of 2018, almost 24,000 startups are already based in New York - the majority of which are from Blockchain, E-commerce, and FinTech. These companies are spread out across its 302 square miles area, averaging to about 80 companies within a square mile.

A total of $13.35B of startup funding has been raised across the city in 2017 - the most VC capital raised in NYC to date. The New York tech community is growing larger than ever, creating millions of opportunities for those who are a part of it. That’s why more and more companies from Financial Services, Health Care, Professional and Technical Services, Retail Trade, Manufacturing, and Educational Services are joining this growing ecosystem. These industries contribute to a Net Tech Employment of 663,295 in NYC alone. The unemployment rate in the city may be slightly over the national average at 4.3 percent but more and more tech companies are setting up camp in NYC.

The thriving tech sector in the city makes it one of the largest urban economies in the world. This makes NYC the second highest performing ecosystem worldwide.

Looking for jobs or hiring in New York City?